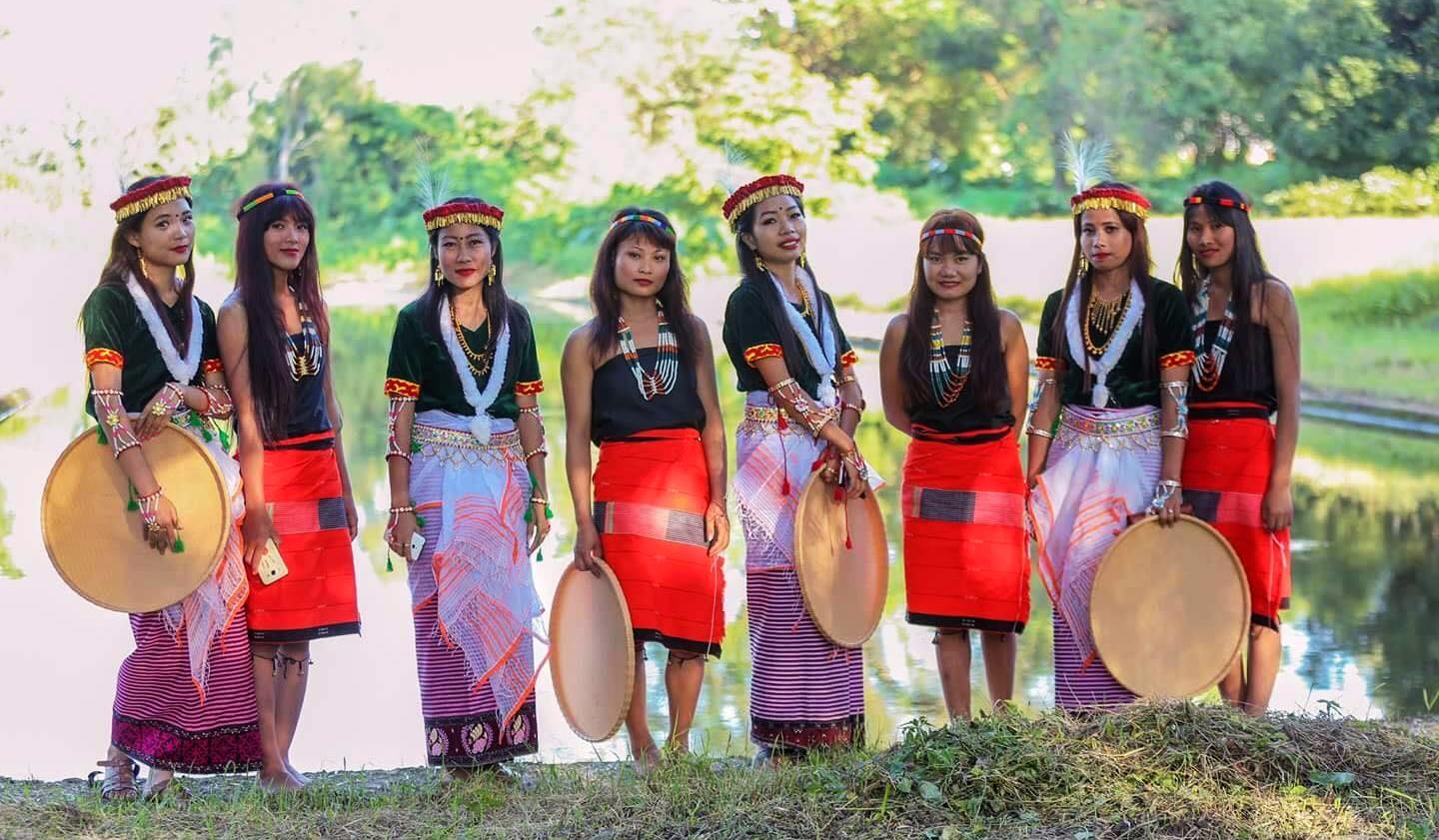 If there was no separate administration of Hills, then development will be tasted by the hill just like those in valley. It was the evil design of British with sole mission to carve out a “Crown Colony” which led to the backwardness of the Hills of Manipur. British divided Manipur into Hill Valley and destroyed the region.

It was the far sighted policy of British and calculated approach as well to punish the Meetei community whom they have been administering the major portion of China Burma and India (CBI) region, now termed as WESIA.

Manipur was a Sovereign Monarch

Manipur was a sovereign monarch, expanding upto a vast land including several hills and valleys. Captain Pemberton says, in 1738, the Meetei conquered Burma and took its capital, Saigang.

At the height of his power in 1740, Pamheiba was the lord paramount of a wide area of South East Asia from Yunan to Bengal, from China to Aracan. The British Empire divided this vast Kingdom into pieces like they divided India into three nations – India, Pakistan and Bangladesh.

Modern day historian and scholars sidelined the contribution of Hao Macha Loishang, popularly known as the Department of Hill Tribes which was installed during the reign of Meetei King Irengba (984- 1074 AD). This loishang was reorganized further by Meetei king Pamheiba (1698 – 1709 AD). This Hao Macha Loishang looks after the affairs of hills.

But, this does not mean the hill tribes were independent. They were subject of the Meetei King. The Meetei king used the tribes whenever he need them. For example, when the Angamis revolted against the British in Naga Hills, the Meetei King Chandrakirti sent a huge contingent of 1000 sepoys from Meetei Leibak, along with 2000 irregular khongjai troops to save the British from the terror of Angamis.

The Meetei never sidelined the hill people in the long history of Manipur. The Meeteis helped the Angamis in the Naga Hills in revolting against the British in 1879.

During the revolt against the Deputy Commissioner of Naga Hills by Angamis, it was recorded that Meeteis supported the Angamis with weapons and they even participated physically. Even when Manipur was occupied by British Empire in 1891, the defeated Meetei were asked to disarmed.

However, most of the weapons and arms were passed on to the neighbouring Hills. The same weapons were used by Khongjais during the Khongjai Lan or Thadou Gal.

The advanced and invincible Meetei must be one of the reason why the shrewd British thought of dividing Manipur into three communal entities – Kuki, Naga and Meetei to fight among themselves, never to be united and join the developed Nation of Modern World.

Indeed, the Meetei are powerful among the tribes which expand their territories in WESIA. Manipur divided into Hill Valley just to weaken the Meetei.

The Vice President of the Manipur State Durbar was entrusted with the administration of the entire hill of Manipur.

British played the divide and rule policy largely to suit their convenience by excluding the hill tribes from the control of the Durbar.

And the hill administration was entirely entrusted to a single office of the Durbar who was an English man appointed from the Assam Provincial Service.

The schemes were not successful since it did not have any representation of the hill people in Manipur State Durbar. And the same Durbar is under the control of the British.

The British again introduced few schemes to gain “good governance” and “contentment of the tribes”. However, colonial exploitation of the hills people continued in the form of imposition of land revenue, house tax, obnoxious law of free and force labour.

Just to get the tax revenue from hills, the British administration divided Manipur into Hill and Valley.

The plea for the transfer of the Hill administration to the State Government was rejected by the Assam Governor. The rejection was mainly due to the historical reasons.

From time immemorial, the people in the Hills were dependent on the administration of the valley where the Meetei were the majority. The British administrators never believed that the Meetei would do good for the Hill people.

The boundaries were not fixed at all. The British concluded that there was no cultural unity between the hillsmen and the Meetei. Whenever the rulers wanted to extract a tribute from the hillsmen, he did it. This theory of the British is completely naked.

They have never read the history of Manipur kingdom. The bonding between the hill and valley people were sidelined and recreated a fake narratives. They omitted the Mera Hou chongba and other religious festivals which are symbol of cultural unity.

The hills were subject of the Meetei king and he as the same right as the British to collect taxes and punish those who revolt against him, just like the Queen Victoria done to the occupied and annexed nations.

The British government saw no reason to give up the administration of the hill areas in the favour of the Maharaja. That would be tantamount to the betrayal of the tribals.

It was learnt that the Maharaja had collected a huge amount of money from the hill people till 1891. The hill administration had to be taken over by the Englishmen after the Kuki rebellion of 1917-19, and put under the charge of a British Officer.

It was a fact even after the uprising of 1891, there had been no provision for the hills in the State budget. Only one-fourth of the full amount extracted from them was spent on them.

The British Government blamed the native state authorities for neglecting them, which, according to the British viewpoint, was principal cause of the rebellion. As a result of Kuki rebellion, the Government of India had to cost nearly twenty lakhs of rupees.

However, the British never write about who was in charge of Hill Affairs and development of the Hills when Manipur was conquered by them. A British political Agent was given the full authority to control of Hills after 1891. The King of Manipur was not allowed to decide on the fate of his hill subjects.

After studying the past history of Manipur’s relationship with the tribals, the Governor of Assam decided that the British control of the hills should not in any way be loosened. The British believe that they are under an obligation to the hills tribes to maintain to them a decent administration. The separation of hill areas from the valley was not at all acceptable to the Manipur King.

Thus, Manipur divided into Hill Valley, thereby erasing the cultural, historical and religious links between the Hill and Valley people. The seed for separate administration was sown by them. The Hill Valley divide will widen more if we follow the instructions of British missionaries which are operating in the Hills.

If we wish to see an economically developed region, the Hills and Valley must reconsider their history and understand the root of Hill valley divide. It was not the Meetei who are neglecting the Hills, it was perhaps, the concocted history of some British writers who stayed in Manipur for ten years, rewriting the 2000 years old history of the land, as per their mission.

5 thoughts on “Why Did British Divided Manipur Into Hill Valley”