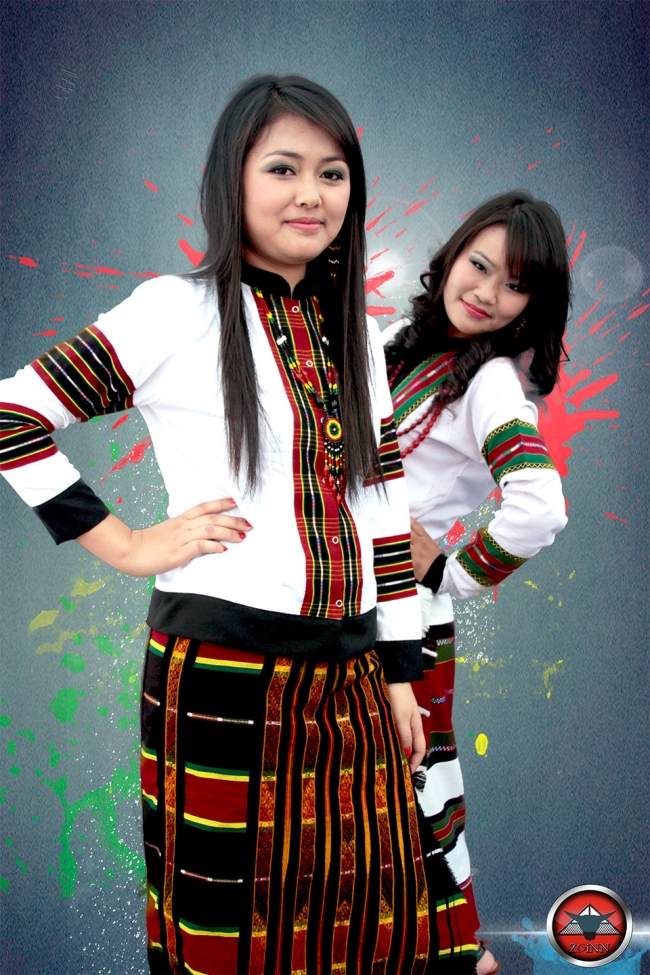 The modern day history of Manipur is incomplete without Paite, Lushai and Khongjai. Do you know Meetei relationship with Paite and Lushai tribes of Mizoram? Paite are mentioned in the early records of Meetei and British as Sukte or Akham Hao.

When we go back to the history of Manipur, we normally mentioned about Tangkhul, Maram, Thangal, Chothe, Maring as the yelhoumee of Kangleipak. Our contemporary historians or researchers failed to study the relationship of Meetei with Paite, Lushai and other tribes down south of Manipur.

Such omission in the history of Kangleipak (Manipur) create a big void in the National history of Manipur. The present generations are of the opinion that the tribes living in the southern part of Manipur as Refugee. However, Meetei relationship with Paite and Lushai cannot be neglected.

If we want to live in peace and bring development in the region, younger generations must be introduced to the aged old relationship. Khongjai, Paite, Lushai are not refugee in Manipur.

When these tribes are living since generations, where is the question for a separate homeland or Territory? The question of Meetei concentrating only at Imphal Valley is a concocted history by self styled propaganda writers to create a separate homeland for the Kukis. The relationship of Meetei tribes with Khongjai, Lushai and Sukte (Paite) tribes need to be studied carefully for a united region.

Many historians are objecting to the use of word “Khongjai” as yelhoumee of Manipur. Some hinted that Khongjai came to exist in Manipur after Chahi Taret Khuntakpa (1819-1826). However, the Khongjai are living in Manipur much before that. During the reign of King Bhagyachandra (1787) several Khongjai chiefs living in Tuipui, Tuipong, Tuidong and Tuikha were punished for going against the loyalty of the Kingdom.

This incident showed Khongjai were subject of Meetei king much before the reign of Bhagyachandra. Many of the Khongjai chiefs of Changsil, Nungsai, Nungtai, Tuiyai and Paron also came to show their respects to the King while he was returning from the expeditions. The King ordered his officers, Tensuba Dolai hanjaba to construct a new road from Kusu Valley to the Gwai (Barak) valley. Therefore the theory of Khongjai arriving in Manipur after 1826 is completely fictitious.

Manipur kingdom touched major parts of Assam, Meghalaya, Mizoram, Tripura, Nagaland and Myanmar. As early as 1532, Manipuri attacked Tuisen which lies to the east of Aizawl, the Capital of Mizoram. The Chief of Tuisen, Langka Chakpa was captured and thereafter, the Tuisen gave tributes to the Meetei King, Kabomba.

In 1657, King Khunjaoba, led an expedition against the Langte in present day Mizoram. He captured the chief Khoma Reng and a huge tribute was also collected. A big mound was built in 1660 to mark the conquest, which is now located at Lwangtlai in the southern part of Mizoram, bordering Bangladesh and Myanmar.

The Tusuk of Thangsha, Tuipang and Kacheng in Mizoram are subjects of Meetei since the time of King Lamkamba (1512-1523). However during the reign of King Charairongba, the Tusuk rose in rebellion against the Meetei. In 1709, King Charairongba defeated and killed the Chief of Tusuk, Leichong. King Charairongba also captured 15 warriors, they agreed to give annual tributes.

Hmuntha village of Serchhip district in Mizoram refused to give annual tributes to Meetei King. Therefore, King Gambhir Singh personally led a force towards Hmuntha in 1827. Again, in 1828, the Chief of Khongtum, Kollep, Aijal(Aizawl) and Saiha were defeated and brought to Imphal as war captives. They brought 8 horses, 5 bisons, 5 ivories, 11 gongs along with 10 servants as tributes.

Later in 1831, King Gambhir Singh sent Nara Singh to control the Khongjai of the South. Nara Singh returned to Manipur with 13 chiefs of the Khongjais as War prisoners. The chiefs of Tuithong, Lamyang, Loukoura, Saiha, Saiton, Tongka and Monong etc were brought to Imphal along with 20 horses, 20 bisons, 7 ivories, 200 gongs as tributes. Later the chief promises to give annual tributes. King Gambhir Singh also presented one red blanket to the Chief of Tuithong and 12 laiphees to each of the remaining 12 chiefs. He also gave 5 muskets and 1 pistol to them. In fact, the Chief of Tuithong was more powerful than other chiefs. He was the master of master of 18 villages of the Khongjais in the South Mizoram.

The Khongjai living in Mizoram refused to pay their annual tributes. Hence, King Nara Singh sent a force under three majors in 1844. The Meetei army plundered Mizoram and the chiefs of Changsil, Phaileng, Mualvum, Zawngin, Loiheng, Phaibuang and Nungatau were captured. Later they were released on the promise that they will pay annual tribute. As they promised, these seven chiefs came to Imphal along with 42 assistants and paid their tributes to the King in February, 1845.

Two years later, the Khongjais living in the Saiha revolted against the Meetei King. They prevented other villages to pay annual tribute to the Meetei King. In 1847, King Nara Singh sent a force to control the revolting khongjai. The Chief of Saiha, Chayareng was captured along with 2050 men. Later, Chayareng paid 1 man, 1 woman, 2 muskets, 2 spears, 1 sword and all his cloths as tributes.

When the British requested Manipur to prevent the incursions of Lushai in the British territories, King Chandrakirti sent strong 400 sepoys to control the Lushai. Another set of 300 sepoys was sent against the Lushai. In 1869, Thangal Major erected a fort in the Hills of Lushai. The Lushai surrendered and paid tribute to the Meetei King.

In 1871, king Chandrakirti sent 100 sepoys and 300 khongjai to control the Lushai, which was not very successful. So, he sent Thangal Major and Sawaijam Major on 8 December 1871 along with 2000 sepoys. Meetei sepoys were encamped at Chibu, around 23 men came from Poiboi, Lengkhum, Saileth and Damboon came acknowledging themselves before General Thangal, General Balaram and General Nuthal to be the subjects of Maharaja Bhagyachandra. They promised that they would commit any wrong against the Maharaja of Manipur.

A treaty was agreed between the Meetei and Lushai that Lushai should not attack the Kabui, Khongjai and other hill peoples. Meetei also promised to maintain friendly relation with the Lushai. Later, more Lushai village chiefs came to pay respect to the King. Chief of Fourteen villages including Thenzawl and Tlabung came to pay tributes to the Meetei king.

When Thangal Major was at Saiton Thana in 1872, the Sukte (Paite) plundered Lushai villages and burnt houses of the Lushai. The helpless Lushai took shelter at Saiton. The King immediately sent a force to control the Sukte and save the Lushai which was under the Meetei protection. The Meetei force captured 56 offenders including 16 prominent leaders, After ten months, the King released all Sukte offenders. After this, The Sukte made peace with the Meetei and paid annual tributes.

After the Lushai expedition was over, Meetei intercepted a team of Sukte returning from the British expedition with 957 Lushai captives. The Sukte were held and the Lushai captives were freed. The Lushai were made to settle in Manipur. Sukte Chief Kokatung was brought to Imphal and put in prison, where he died.

During Chandrakirti’s rule, the Sukte stopped paying annual tributes. The King personally went with a strong force to punish the Suktes on 17 December 1856. After ten days of journey, the Meetei reached Tiddim or Tedim (present day Chin state of Myanmar). Tiddim was the main hills of the Sukte. In the war, Meetei suffered heavy causalities, lost 39 sepoys and 202 muskets. Chandrakirti returned back without controlling the Sukte.

Again in 1859, the Sukte plundered the village and set fire some of the houses in Saiton village in present day Churachandpur. King Chandrakirti led a march with a strong force to suppress the Sukte. Saiton khongjai were made to settle at Torbung. The Meetei force reached Kawkhulh in Mizoram and attacked the Sukte. 60 Sukte were killed and 3 were captured by the King. Chandrakirti then gave 200 muskets to the Chief of Khongjai, namely Shairing Chothe, Sokhoyam Singson and Lamhao to attack the Sukte for not paying annual tributes.

When the Burmese force invaded Khampat province in 1879, the Meetei could not expelled the Burmese from the Khampat where Sukte tribes lived. The land of Sukte or Paite is now within Myanmar. In 1475, during the reign of Ningthou Kyamba; when the tributary of Khumbat (Khampat), at that time dependent upon the Kings of Pong, was attacked and expelled from his territory by the united forces of Pong and Manipur, and the Kabaw Valley was formally annexed to the Manipur.

All these historical events suggest that Meetei relationship with Paite and Lushai cannot be ignored. Who are refugee in one’s own home. The question for separate homeland and the propaganda like hills are not for Meetei is a wrong message. Not only in Manipur, the presence and dominance of Meetei in Mizoram and Myanmar is clearly found in the history.

3 thoughts on “Meetei Relationship With Paite and Lushai”