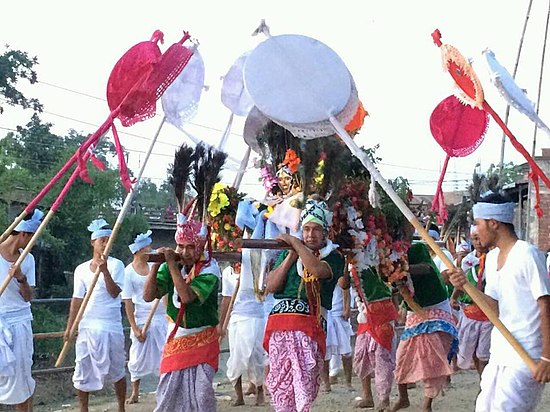 The Lai people, ancestors of Meetei tribe dwells in the Koubru Peak. They started shifting cultivation in present day Lairou (Lailou) in the Senapati district of Manipur. In fact, Koubru is the cradle of human civilization. Indigenous native people of this land are all tribals. In short, Meetei are hill tribes. From the hills, civilization of Meetei Leibak started.

Before the water in the valley and surrounding low lying areas were drained out at Chingnunghut, settlement started in the surrounding mountains – the Khangkhui cave in Ukhrul district, the Tharon cave in Tamenglong, the Songbu cave in Chandel district of present Manipur. When the water was completely drained out, few stayed back in the hills, some came down at the valley. Those staying in the hills are now known as Hillsmen and those living in the valley as plainsmen.

The word “Chingburoi Tamburoi”, literally meaning Hill dwellers and Plain dwellers is not just a poetic expression. Rather, it is an expression underlying the deep bonding of love, affection, mutual coexistence, brotherhood, friendship and goodwill. This word shows the traditional relationship between the hillsmen and plainsmen since time immemorial.

The Lai people or Leima Lai people were origin of human race. They were the first human beings who were inhabiting on the tops of the present Koubru Mountain and its ranges surrounding the present Imphal valley, once full of fresh water as an inland sea. Thus, the place Koubru the cradle of the first human race called Lai and Meetei race is progeny of Lai race and hence “Leimalai khunda ahanba”. Therefore, Meeteis are also known as Laigi Macha and Meetei Leipak is called Laileipak (Laireipak). Meetei Leibak emerged out of the oceanic water during the Eocene epoch (65-34 million years ago), Source – Raghu Ningthoujam

As the India plate continued to move towards the north, and collided with Eurasian plate; Meetei Leibak emerged out of the oceanic water during the Eocene epoch (65-34 million years ago) with the mountain “Koubru” firstly emerged along with its ranges surrounding the present Imphal valley. Therefore, Meetei leibak is rightly described as “Eeronnungi Mani (Yai)” and hence – “Yoimayai Khunda Ahanba”. Thus, Meetei Leibak become into existence around 50 million years ago during the Eocene epoch. (source – Raghu Ningthoujam, Scientist at Indian Space Research Organization).

Many folklore, myths and historical evidences are living poof of plainsmen returning to the hill to become hillsmen, which we consider now as Tribal (under Indian Constitution) and vice versa. In Chakpa Khunda Khuntok, when Nongda Lairen Pakhangba defeated the Khaba Nong Chenba of the Khaba Clan, several of the Khaba clan fled to the hills, some became Kabui Nungnang, some Tangkhuls and some Mahao Lontais. Thus, several khaba clan became Tangkhul in the first century A.D.

In addition to this, during 5th and 6th Century, offsprings of Luwang Punshiba, Senba Mishaba’s children became Maring tribe. Kabuis are there in Haobam; Purum are found in Nongthongbam sagei; Tarao tribes are found in Singam sagei. All these might not be acceptable by the new generations, both from the hillsmen and plainsmen. They are ashamed to call themselves as tribals. The interference of British and advent of hinduism is distorting our history and relationships. We all are tribals. A scientific study of these sagei’s DNA will provide accurate geneological reports.

In the eastern part of Manipur, it is traditional custom to invite the Tankhuls in the Lai Haraoba of Meetei tribes. Meetei Yumjao are newly constructed design during the time of Iningthou Kyamba in the 16th Century. Earlier, Meetei houses were built similar to the Tangkhuls.

To bring unity in Meetei leibak, declaring Meetei as the Hill tribes and restoring to the Schedule Tribe status like the hill brethren is the only solution. The Chingee Ingai and Tamgi Itao will save Manipur from ethnic clashes which cannot be ruled out in the backdrop of Naga Nationalism or Kuki homeland.

(C) Naorem MohenThe Writer can be reached at Twitter @laimacha

1 thought on “Meetei Are Hill Tribes of Manipur” 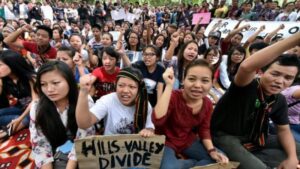 September 9, 2021
Do You Know Relationship Between Manipur and Naga Hills 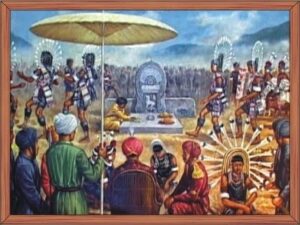 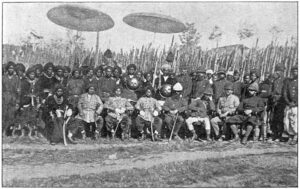